What month is best to raft the Snake’s rapids? That depends on you.

Rafting the Snake River in Jackson Hole offers plenty of fun and thrills all summer long, but the character of the river changes with the seasons. Deciding when to book your next river excursion depends on what kind of whitewater you’re looking for. 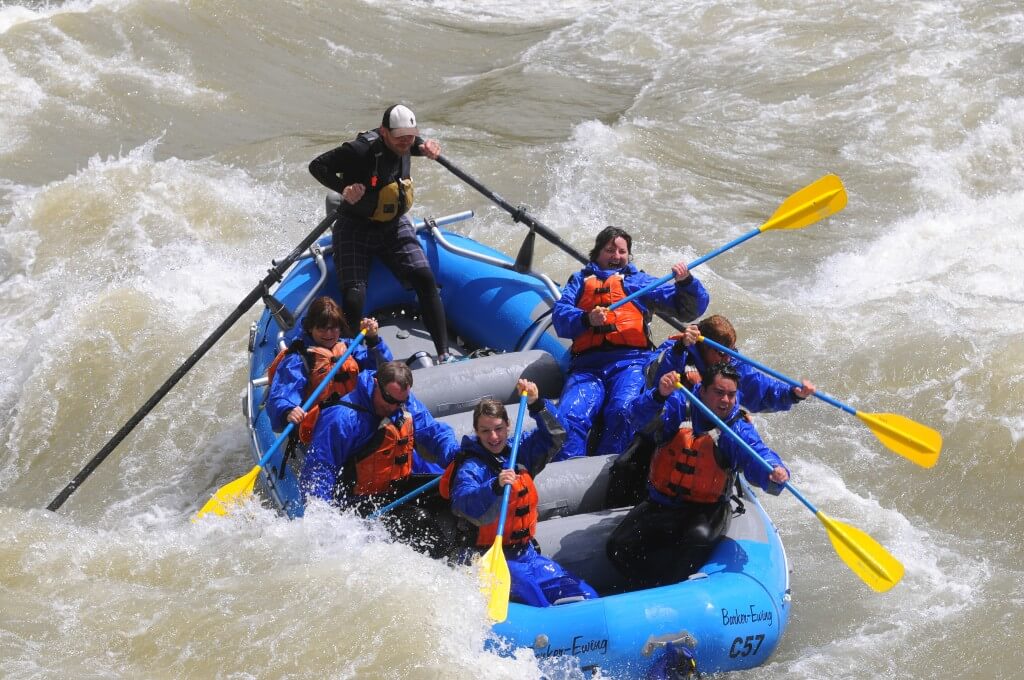 Adventurers seeking the Snake’s wildest rides might opt for a guided rafting trip with Barker-Ewing Whitewater down the Snake River Canyon during peak runoff.

Every year, sometime between late May and mid-June, the warm western sun sends snowmelt pouring down the slopes of the Tetons into the creeks of the Snake River Basin. U.S. Bureau of Reclamation engineers at the Jackson Lake Dam look at the past winter’s snowfall totals and make careful calculations to ensure that Jackson Lake will be full, but not overflowing. When the time is right, they begin closing the spillway gates, dropping water flows from the reservoir. 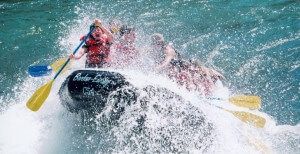 Until then, the Snake offers its most extreme conditions. Year-to-year, peak water flows can range from less than 10,000 cubic feet per second (cfs) to more than 25,000 cfs. Regardless, hiring an experienced guide who knows the river’s moods and tricks is essential.

Several rapids in the Snake River Canyon change dramatically depending on the water level. Three Oar Deal, a hole 2.7 miles downstream from the West Table put-in, doesn’t exist during the late summer when the water is low. But, when the river flow exceeds 12,000 cfs, Three Oar Deal is a Class V whitewater feature with a small margin for error.

Another Snake River Canyon rapid, Big Kahuna, rapid offers a standing wave that’s best for surfing below 6,000 cfs. But Lunch Counter, a rapid 5.2 miles from the put-in, is a favorite for surfers when water flows range from 13,000 to 6,500 cfs.

But if your summer vacation falls later in the summer, never fear, rapids in Snake River Canyon still get the adrenaline pumping well into the late summer/early fall. Check our next blog post for scenic float recommendations.