Due to its remote location and rugged terrain, Jackson Hole is widely considered one of the last places Europeans explored and settled in the lower 48 states. But despite its relatively recent discovery, the area is steeped in fascinating history.

The Shoshoni, Crow, Blackfeet, Bannock, and Gros Ventre American Indian tribes all left evidence of their passage in the form of fire pits and tools at archeological sites scattered across the valley. John Colter—a member of the Lewis and Clark Expedition—first entered Jackson Hole in the early 1800s to scout for a fur trading company. 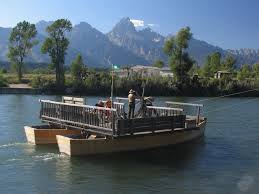 Menor’s Ferry—Homesteader Bill Menor built Menor’s Ferry near Moose, Wyoming in the late 1800s to access his 148-acre property on the west bank of the Snake River. The site, which includes cabins and a store, was purchased and restored by John D. Rockefeller, Jr. in 1929. The site played a part in a number of pivotal events in Jackson Hole’s history including the first ascent of the Grand Teton and the founding of Grand Teton National Park. It was listed on the U.S. National Register of Historic Places in 1969.

The Murie Ranch—Located just south of the Craig Thomas Discovery and Visitor Center, the Murie Ranch is considered the cradle of the modern day conservation movement. Olaus and Mardy Murie, and Adolph and Louise Murie purchased the STS dude ranch in 1945. 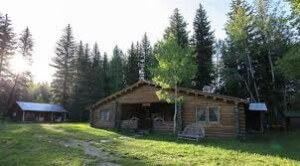 From the Murie Ranch, the family played host to preeminent wildlife biologists and advocates. The family argued passionately in favor of the 1964 Wilderness Act, and Mardy Murie was awarded the Presidential Medal of Freedom for the effort in 1998.

Today, the ranch is home to the non-profit Murie Center, and ranger-led tours of the site are available from the visitor center.

Mormon Row—Tucked away on the north side of Blacktail Butte, Mormon Row was first settled by members of The Church of Jesus Christ of Latter-day Saints in the 1890s. The community eventually grew to include 27 homesteads, and was listed on the U.S. National Register of Historic Places in 1997.

Today, several of the original buildings still stand in an expanse of pasture land that is the summer home of Grand Teton National Park’s bison herd.