What time is best for a scenic float? Just ask the wildlife. 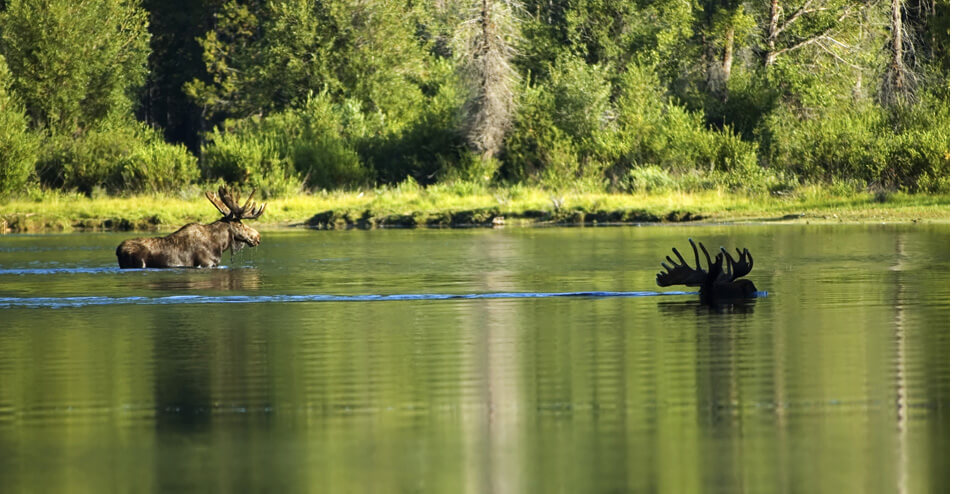 A scenic float down the Snake River during the summer in Jackson Hole offers stunning beauty regardless of when you make the trip. But for wildlife watchers, there’s a few tricks to make sure you maximize your haul of charismatic critters. In general, rafters increase their chances of seeing the region’s stunning wildlife at dawn and dusk. Rafting companies like Barker-Ewing whitewater suggest their early morning trips for the best chance of success, especially for birds.

An 8:30 a.m. float from Snake River Ranch to Wilson is almost sure to include sightings of raptors such as bald eagles and osprey, and waterfowl such as Barrows goldeneyes and mallards. Be on the lookout for larger species such as trumpeter swans, Canada geese and American white pelicans too. Mammals also prefer the twilight hours, and the Snake River plays host to scores of moose and elk. Time it just right, and you might even catch these animals wading or swimming across the river as they move about their habitats. Foxes, beavers, otters and muskrats are also common. Even grizzly bears and wolves make an appearance by the riverside on occasion. In the northernmost reaches of Grand Teton National Park, rafters might even catch a herd of bison grazing near the water. 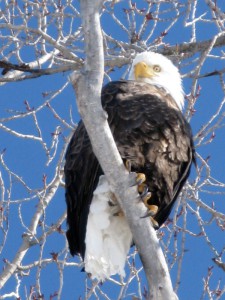 Time of year is also a factor. Many species migrate in the spring and fall, and its easier to spot these animals as they’re moving from their winter range to their summer range or vice versa. Entire herds of elk and deer may stage along the banks before a river crossing to greener pastures during the shoulder seasons. And, where these ungulates go, predators are sure to follow.

Still, even at the height of summer under the mid-afternoon sun, a spectacular wildlife spotting on a Snake River scenic float trip is practically a forgone conclusion. The Snake River corridor—the river and the riparian lands around it—offer some of the best habitat in a region known for its top-notch wildlife. Bring your binoculars and waterproof camera and prepare for some serious bragging rights.

Top 5 reasons to visit Jackson Hole this summer What month is the best for rafting the Snake River?
Scroll to top